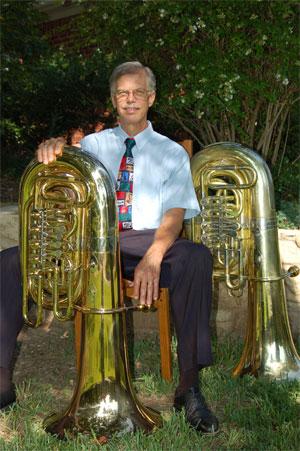 November 2009 was the 40th anniversary of the purchase of my Miraphone 186CC tuba when I was a senior at the Peabody Conservatory of Music in Baltimore, MD. I have played many tubas in my career, but I have never been without this tuba and have used it everywhere that I have taught and played for the last 40 years. I immensely appreciate Miraphone for their quality of workmanship and design, and I know why Miraphone continues to be universally appreciated and respected throughout the musical world.

I purchased this instrument new from Mirafone Corporation of Los Angeles, CA, with a telephone order on November 10, 1969 for a total cost of $891 including the bag. The shipping from California to Maryland, billed later, came to a grand total of $25.15. This photo shows my this original Miraphone on the right and my newer one on the left.

My first orchestra job with my original Miraphone was with the York Symphony of Pennsylvania circa 1968, and I continue use it among other instruments with the Dallas Opera Orchestra. I have used with the Chicago Civic Orchestra and twenty one years with the Fort Worth Symphony Orchestra. I even took it with me to its home in Germany in 1989 when I was substitute tuba with the Radio Symphonie Orchester Berlin for several months in 1989. I played it during my studies at Peabody Conservatory, Northwestern University and the Eastman School of Music, and I have had my with me for 34 years at the University of North Texas. 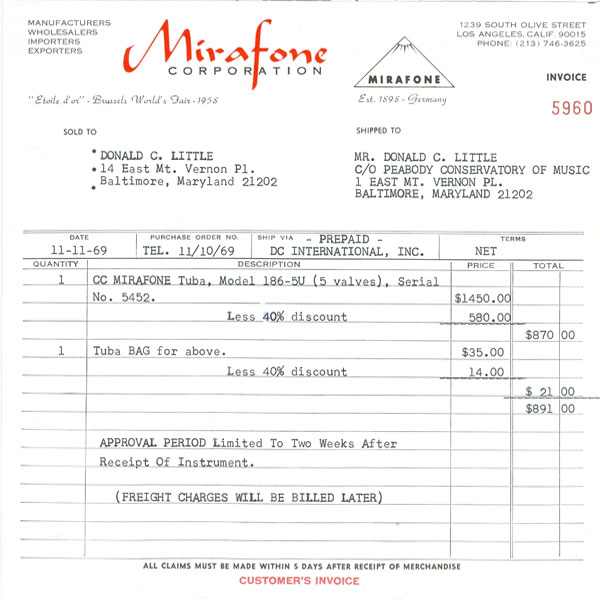